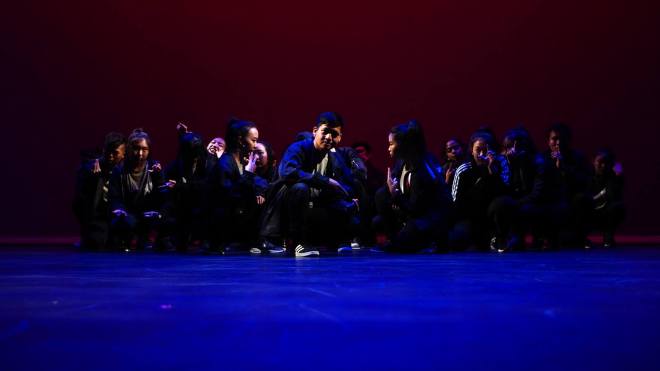 “Maius, what the hell do you do for fun?”

This is a question in which I get asked a lot, especially when I have my nose stuck in a textbook at Einstein Bros. Bagels. I simply say, “DFC.”

DFC stands for – Dancing for a Cause.

Dancing for a Cause has 3 sectors.

In high school, I have always wanted to dance. I realized this when I slipped in the shower on November 18th some years ago because I was freestyling to Drake’s song, well, November 18th. The only dance team at my high school was a drill team, and I did not have the time or interest to fully commit myself to it for fun. So, I made it my mission at my freshman orientation to find a hip-hop dance team at UT Dallas. I remember coming across DFC (I think) but the student promoting the organization was overly excited for me to put down my e-mail, so to my instincts, I had put down a fake e-mail address.

A couple weeks later, at the multipurpose room of Recreational Center West of UTD, I was working out, when I notice two friendly souls, Andrew Sun and Bellina Lie, come in with a speaker, known as Rolly Strolly. I watched Andrew dance to a remixed version of Radioactive by Imagine Dragons, and out of nowhere, I found myself asking him if he could teach me the combo. I felt like such a noob, because I was, but thank goodness I randomly decided to talk to them because that night was when they convinced me to come to their next meeting, which was when I fell in love with the organization. Never have I met so many genuinely welcoming and friendly people in one room, until I went to that meeting. Alan Lam was teaching a piece that day, and I have never had any dancing experience or background beforehand, so you can only imagine the mess I made that day. What made me keep on coming back was the judgment-free zone and all-around positive and encouraging vibes. Even when people messed up at the end of the class when the directors split us up into groups, everyone still cheered for each other. Soon, I began to audition for the performances and volunteer with the group.

Every performance and competition we do is dedicated to someone else, whether a charity, a hospital, a family, or an awareness. These past few weeks, all the performing schools have been preparing a set for DFC’s annual jam, BREAKOUT. This year’s two-day event was the 9th and last of the BREAKOUT series. The Cause for BREAKOUT 9 was Hallie’s Heroes, a charity organization, made by Hallie herself, who was diagnosed with a very rare bone marrow disorder, Diamond Blackfan Anemia (DBA), at 13 months of age. She is now 9. She created Hallie’s Heroes to raise money to fund research to find a cure for DBA, to educate and advocate for bone marrow donors, and to host bone marrow drives in order to find matches for all patients.

The first day of BREAKOUT 9 was held at DFC Headquarters and consisted of a 2v2 All-Styles Dance Battle to Semi-Finals, a 1v1 B-boy Dance Battle to Semi-Finals, and of course, cyphers. In addition to that, DKMS setup a booth at the event for those of age to get their cheeks swabbed and see if they were a match or a future match for the patients in the registry. I got my cheeks swabbed, of course. Like literally, TAKE MY BLOOD AND GROW STEM CELLS OUT OF IT PLEASE. Day 2 of BREAKOUT was held at Charles Eisemann Center, which consisted of the finals for both All-Styles and B-boy battles. Special shoutout to Daniel Choi and Lilee Blakley for winning All-Styles and Jake Son for taking home the B-boy trophy. Day 2 also had a friendly choreography challenge competition amongst the schools in the student sector. I competed with UT Dallas and we collaborated with Hebron High School. We took home Crowd Favorite, while Plano East Senior High School took home Best Costume and Most School Pride, and Liberty High School took home Best Theme. This whole experience was nothing short of amazing. It was heart-warming to see Hallie come and tell us her story at Day 2. And, to see the community come together for a cause through the medium of dance, whilst showing love for each other at a time of divide in the world truly boosted my hope in humanity.

If it were not for DFC, I would have gone crazy because besides dancing, all I literally do is study, volunteer, and shadow. I realized that this organization has made my life so much more colorful and that it truly is important as a busy pre-med student to have something fun in your life that doesn’t relate to academics. This upcoming school year, I am excited and ready to take on responsibility as UT Dallas DFC Vice President. When I first joined DFC, I never would have thought I would be welcomed and encouraged by so many people, and I never would have thought that this organization would change my life for the better.  Here, I found long-lasting friends and became part of a wonderful family. Through Dancing for a Cause, I found a home away from home.

Anyways, after explaining all of this to anyone who asks me what I do for fun, they always reply with,

“Maius, how the hell do you have time for this?”

“You are the main character of your own story. Live your life by your own terms.”

TANJIM RAHMAN, FOUNDER OF DANCING FOR A CAUSE